Psychoanalysis starts with Freud. It is the study of unconscious motivation that affects our behavior. Freud was a believer that interpretation was curative, that telling people why they act a certain way was curative. Modern Psychoanalysts don’t really believe that. Knowledge is not itself curative. If I told you why you were acting certain ways because your mother dropped you on your head when you were one, are you going to feel any different? Are you going to change your behavior? Probably not. 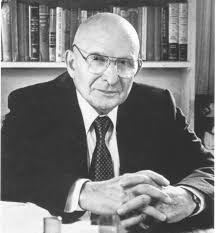 Modern Psychoanalysis was founded by Hyman Spotnitz. I was privileged to work side by side with Spotnitz for 20 years, without knowing he was this wonderful, well-known man. He figured out a number of things. For instance, Freud didn’t believe psychoanalysts could work with people with severe illness, like schizophrenia. However, Spotnitz did it quite successfully.

The idea is, in modern psychoanalysis that you come in and you talk. The quote is, “say everything.” It sounds so simple to come in and just say everything. It’s very difficult. The term for the difficulty, what gets in the way, is called a resistance: resistance to saying everything, telling your life story, and putting all your thoughts and feelings into words.

Freud initially said, psychoanalysis is the study of transference and resistance. Transference is the relationship between the patient and the analyst. The thought is that if you and I walked into a room, and there were a bunch of people there, you may like seven of them, I may like four. Of those, three may like me, and five might like you. Why? What’s the difference?

Well, the difference comes from the term transference. Transference is really your first relationships with your primary objects. Your objects are your mother, and then your father. The first thing you really come in contact with. How you relate to other people is really you’re transferring those feelings, and what went right, what went wrong with, probably your mother and your father, onto people you meet. What feels right? What feels wrong? That’s why, when you meet somebody, you have a positive feeling, or a negative feeling, or you like this person, or you don’t like this person.